What Are Extended Release Drugs? 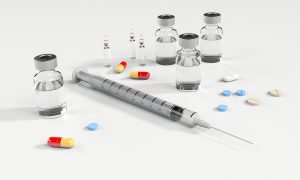 Extended-release drugs are very common in the pharmaceutical industry but can be difficult to understand and identify. For example, oral medications can be labeled with different acronyms such as ER, SR, and CR, which stand for extended release, sustained release, and controlled release.

Typically, the drugs you ingest are immediate release, which means they are instantly activated when they are ingested. However, extended-release, sustained-release, and controlled-release drugs are modified pharmaceuticals designed to release at a delayed or slower rate to change how and when the drug hits your system.

A Breakdown on Extended-Release Pharmaceuticals

Here at Oakwood Labs, we are your source for extended-release injectables. With over 20 years of drug encapsulation experience, we have patented technology to control particle size, customize release durations, and minimize residual solvents.

Extended-release drugs make it simpler for individuals to take medications on a regular basis, as these drugs are easier for the body to tolerate in comparison to immediate-release pharmaceuticals. Due to their modified composition, fewer doses are required, making it simpler to stick to a medication schedule.

Oakwood Labs is the best source for long-acting injectable manufacturing. Not only are we an industry leader in injectable pharmaceutical development, but we are very committed to quality and customer satisfaction.

If you have questions on extended-release injectables, contact us today for additional information!