What Is Sustained Release Technology and What Are Its Benefits in Pharmaceuticals? 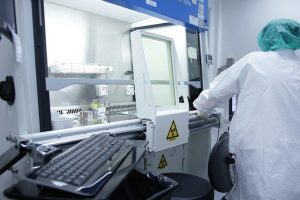 What Is Sustained Release Technology?

This slow release allows for a sustained therapeutic effect on the body. The predetermined rate at which these drugs are released ensures that a constant concentration of these substances can be maintained for a particular amount of time.

The use of sustained release technology as a dosage form delivers many advantages in the world of pharmaceuticals. If you’re looking for a supplier that can develop a sustained release drug from concept to commercialization, you can always rely on Oakwood Labs.

Choose Oakwood Labs to Be Your Sustained Release Technology Provider

At Oakwood Labs, we have proven our company to be an effective partner to pharmaceutical firms of various sizes across the globe. With more than two decades of experience, we pride ourselves on our ability to achieve milestones within set timeframes, provide transparent communication, adapt to change, and present our skills and expertise throughout each development step of the process.

Through our state-of-the-art technology, personnel, equipment, and facilities, we are capable of solving all of the challenges associated with developing and manufacturing pharmaceutical injectables. Regardless of your project requirements, our team offers a release profile tailored to your specific application needs.

If you’re looking for a dedicated sustained release technology provider, choose Oakwood Labs. You can count on us to be a successful partner.

With our team of high-skilled and knowledgeable staff members, we are capable of meeting the needs of countless applications in the pharmaceutical industry. Not sure if our sustained release pharmaceutical services are right for your company? Reach out to us today!

Interested in learning more about the sustained release technology we provide? Contact Oakwood Labs today. Our team of industry experts is readily available to answer any questions that you have. We look forward to working with you!