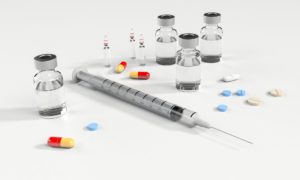 What Is Sustained Release Technology?

Sustained release technology is characterized by the slow releasing of a specific substance at a programmed rate to deliver the drug for a prolonged period of time. This type of technology is used for drugs that are metabolized too quickly and are eliminated from the body shortly after administration.

What Is Controlled Release Technology?

Controlled release technology is characterized by releasing drugs according to a predictable and rational programed rate to achieve the optimal serum-drug concentration. This dosage form enhances the safety, efficacy, reliability, and convenience of drug therapy.

Although this is a slow releasing system, unlike sustained release, this process is designed to produce predictable, constant concentrations of the drug. For this approach, the concentration of the active ingredient in the target tissue is controlled, not just the release of the drug.

The key differences between controlled release and sustained release include:

Controlled and sustained release can both be very beneficial. Some of these benefits include:

At Oakwood Labs, we have years of experience in developing and manufacturing sustained release drugs. Our microsphere technology can solve the most complex challenges and supports all phases of sustained release injectables.

We pride ourselves on our ability to achieve milestones within set deadlines, provide transparent communication, adapt to change, and offer our expertise throughout the entire process.

Oakwood Labs is your source for the development of microsphere products and sustained release drugs. Contact us today to learn more about the solutions we can provide for your company. We look forward to hearing from you.