Oakwood Laboratories was founded in 1997 as a division of Ben Venue Laboratories, to develop sustained release injectable products based upon biodegradable microsphere technology. At that time, Ben Venue was the largest independent injectable pharmaceutical manufacturer in the US. 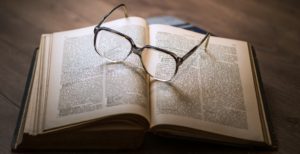 Oakwood’s founders, Edward C. Smith and Mark T. Smith were senior executives at Ben Venue, and also spearheaded the founding of Bedford Laboratories, the generic products division of Ben Venue. Bedford Labs fueled the growth of Ben Venue from the early 1990s until its acquisition by Boehringer Ingleheim in 1997. Prior to the sale, Oakwood Laboratories was spun off to shareholders as an independent entity, and set up headquarters and research and development laboratories in Oakwood Village, Ohio. In 2002, Oakwood built an injectable manufacturing facility located in nearby Solon, Ohio.